‘We Don’t Have a Mortgage — It’s Fantastic’

A family of six lives in a RV as affordable housing in Sacramento County.


Down a pothole-filled single lane street off Highway 12 and Interstate 5 in Isleton, a family of six, two dogs, and a cat found a way to save money on housing costs. They live in an RV.

Michelle and her family, who for legal reasons have asked not use their last name, sold their home in Antioch and bought an RV expecting to move across the country for her husband’s job. But, that job fell through.

Michelle says the family looked around Sacramento County and the Bay Area for affordable homes.

They considered buying a home in Sacramento, but steered away due to high housing prices.

The family settled 50 miles south at Park Delta Bay because it allows RV owners long term living. Michelle says she and her family have been living at the campground for six months.

“I think living in an RV is a good alternative to having a house because… home is where you make it,” she says.  “RV’s are great ‘cause you can get up and go within [a] moments notice.”

Even though RVs are seen as camping or vacation vehicles, Michelle and her family bought what she calls a “more homey” RV to live in.

“This is fancy compared to my [old] house.”  Their black and white RV has many upscale features. There’s a two-sink island in the kitchen, marble countertops and cherrywood cabinets.

A cage large enough for two medium-sized dogs, a big flat screen TV, three couches, and a small coffee table covered in toys fill the living room to the right.

The bathroom includes a glass bowl sink and a full-sized shower with a bench. There’s only one bedroom, but it contains a king-sized bed, another mounted flat screen TV and plenty of closet space for her whole family.

“My favorite place in the RV is definitely the bedroom because the kids don’t hang out there a lot and it’s a quiet place.”

Listen to 'We Don’t Have a Mortgage — It’s Fantastic'

by David Rodriguez | Next Generation Radio

Even though RVs are seen as camping or vacation vehicles, Michelle and her family bought what she calls a “more homey” RV to live in.
Michelle 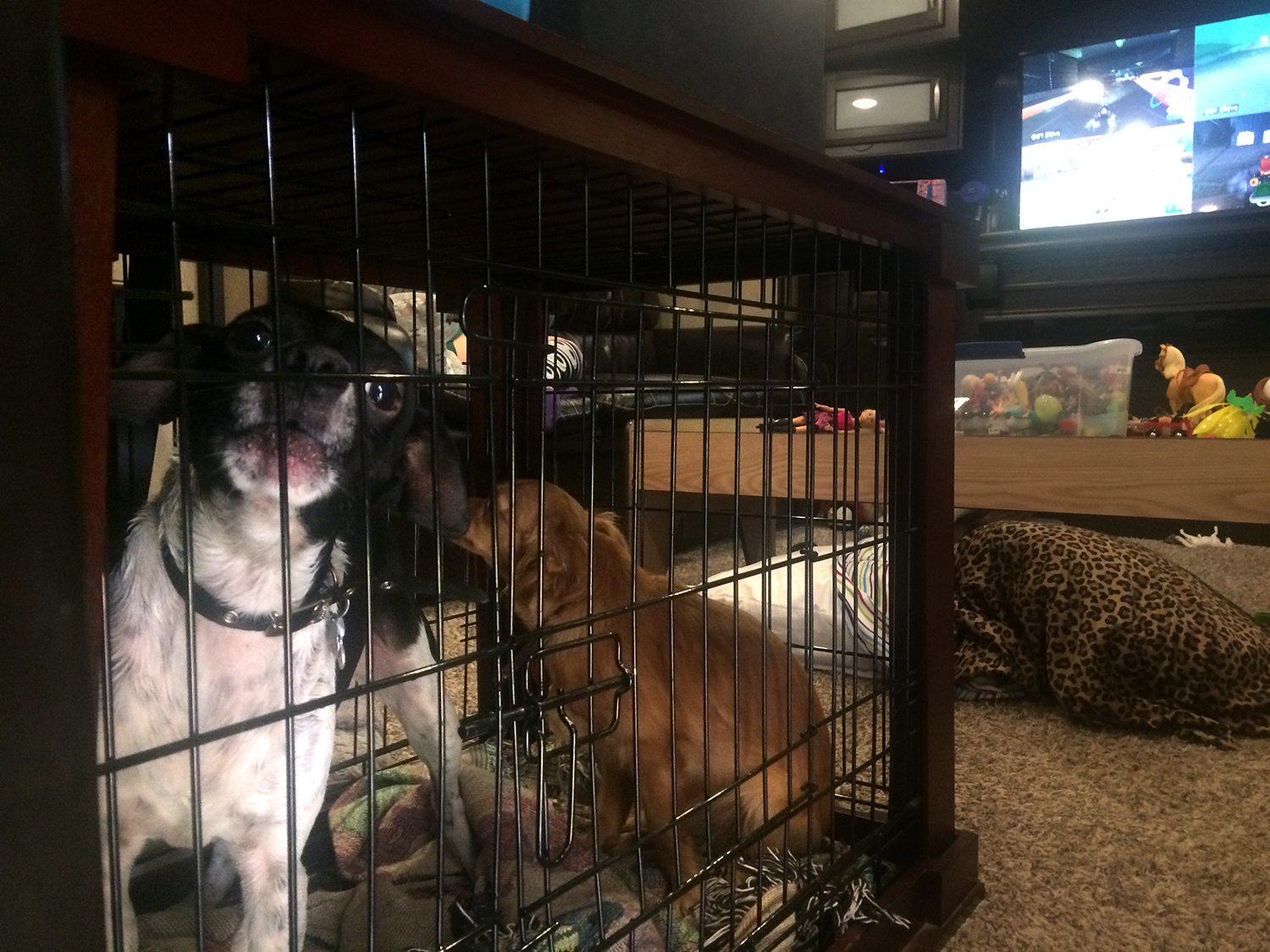 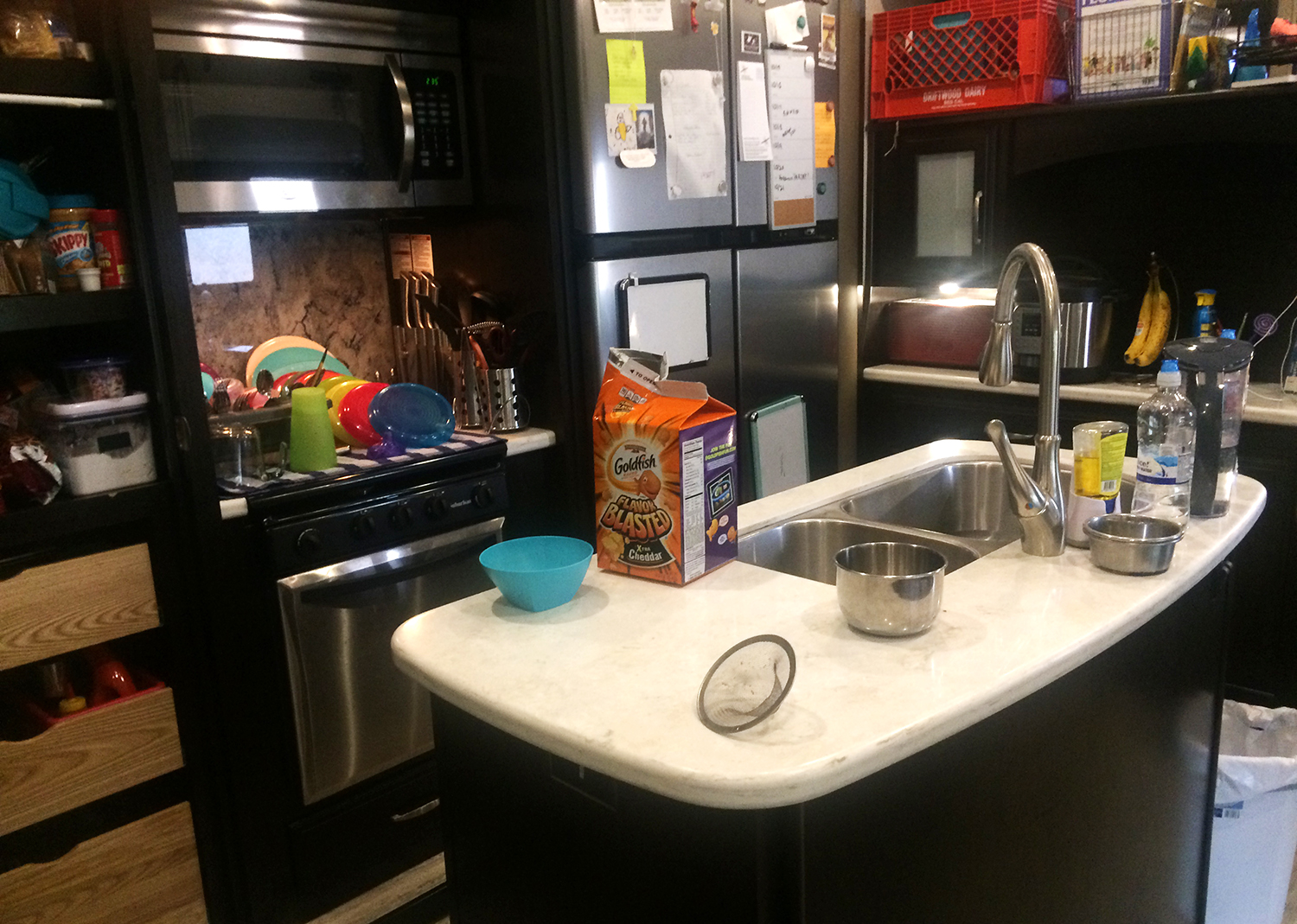 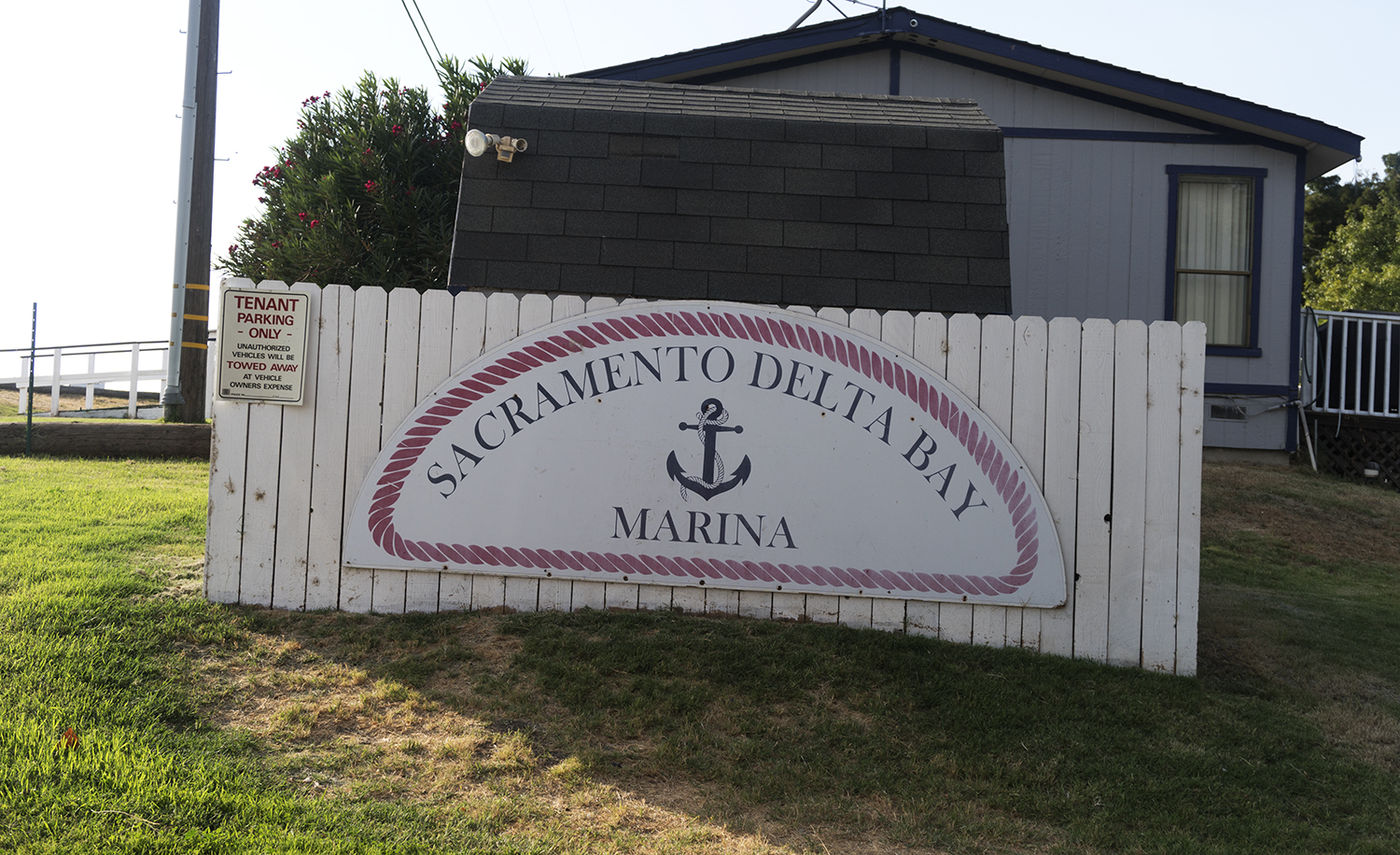 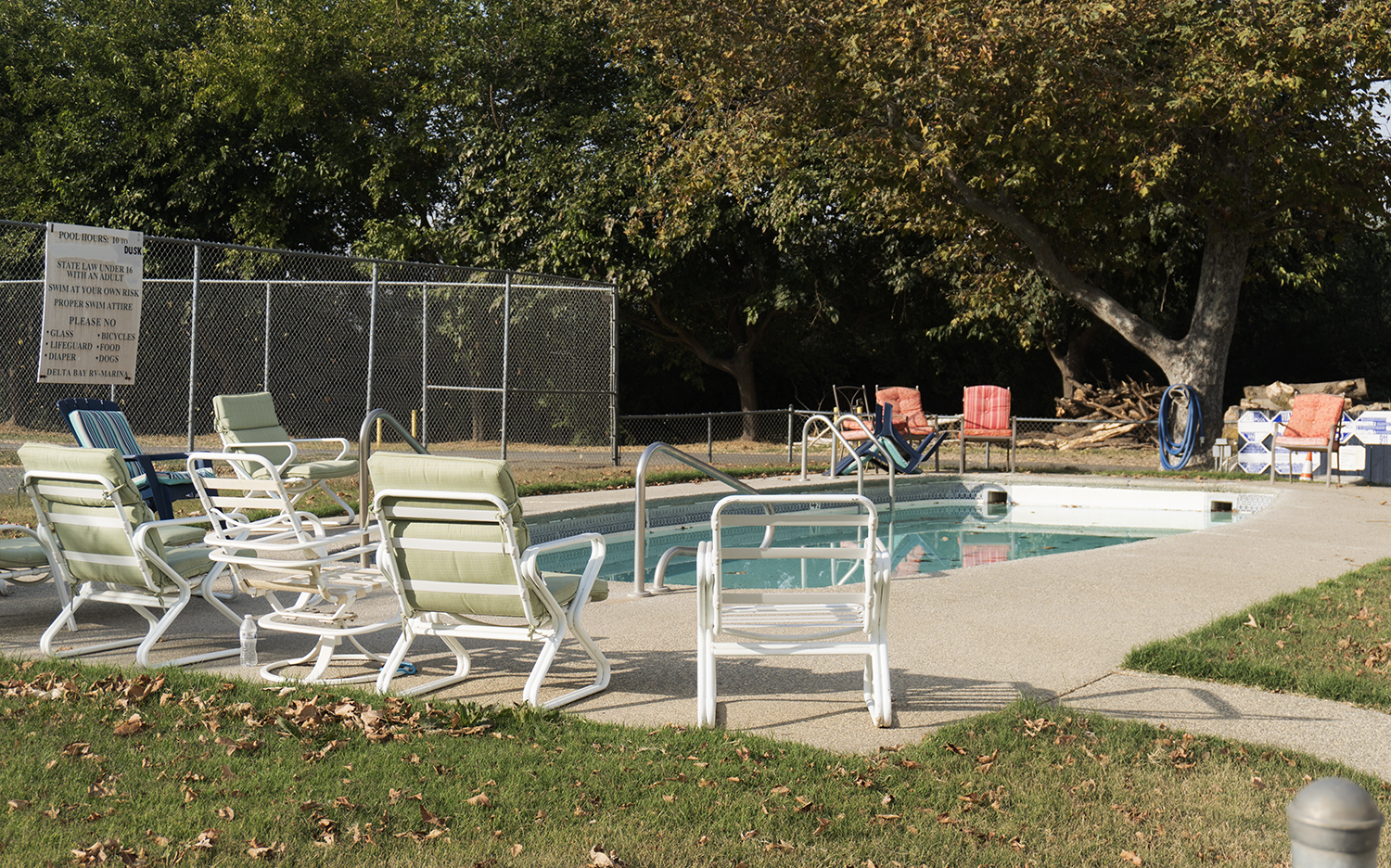 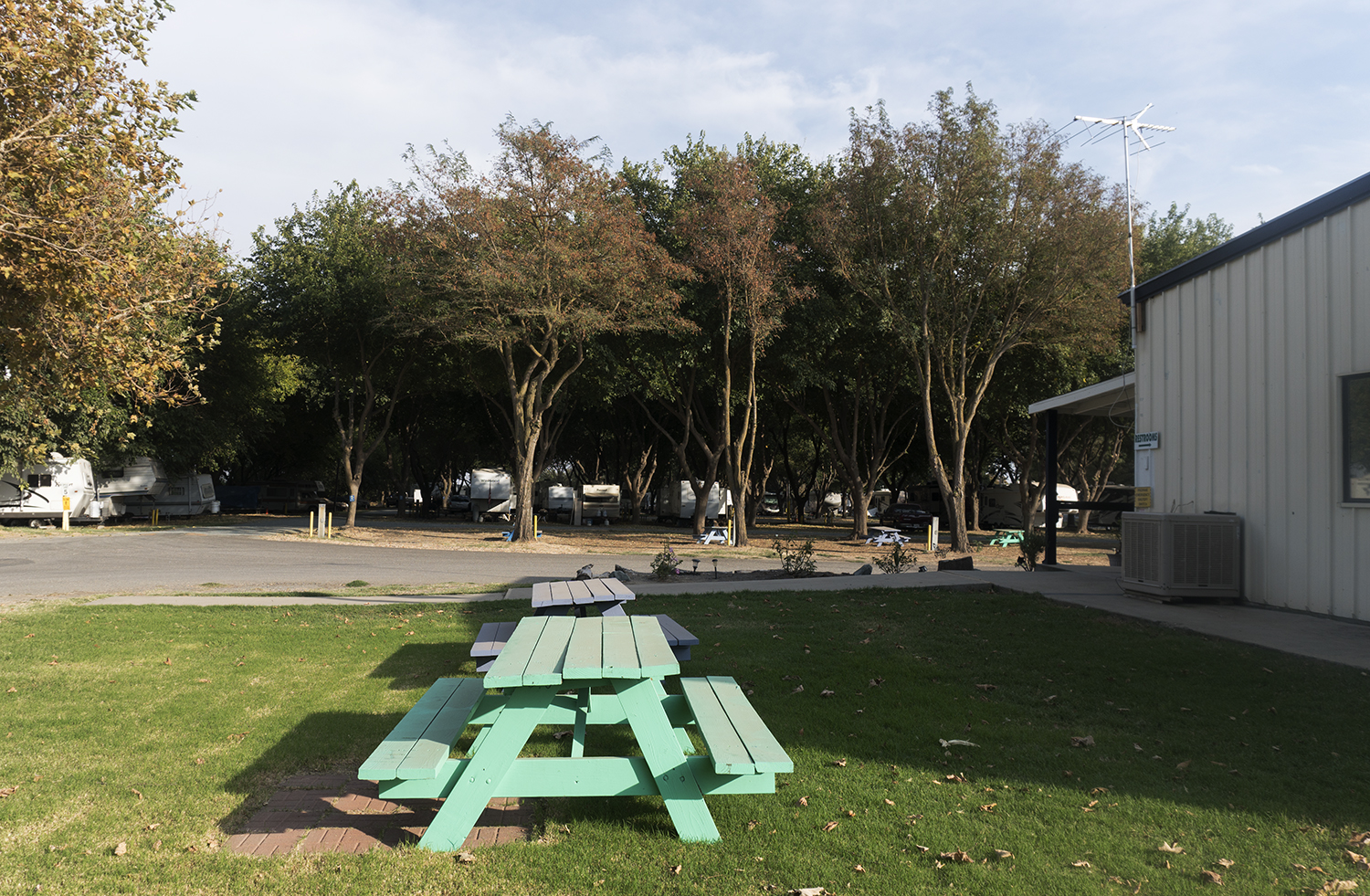 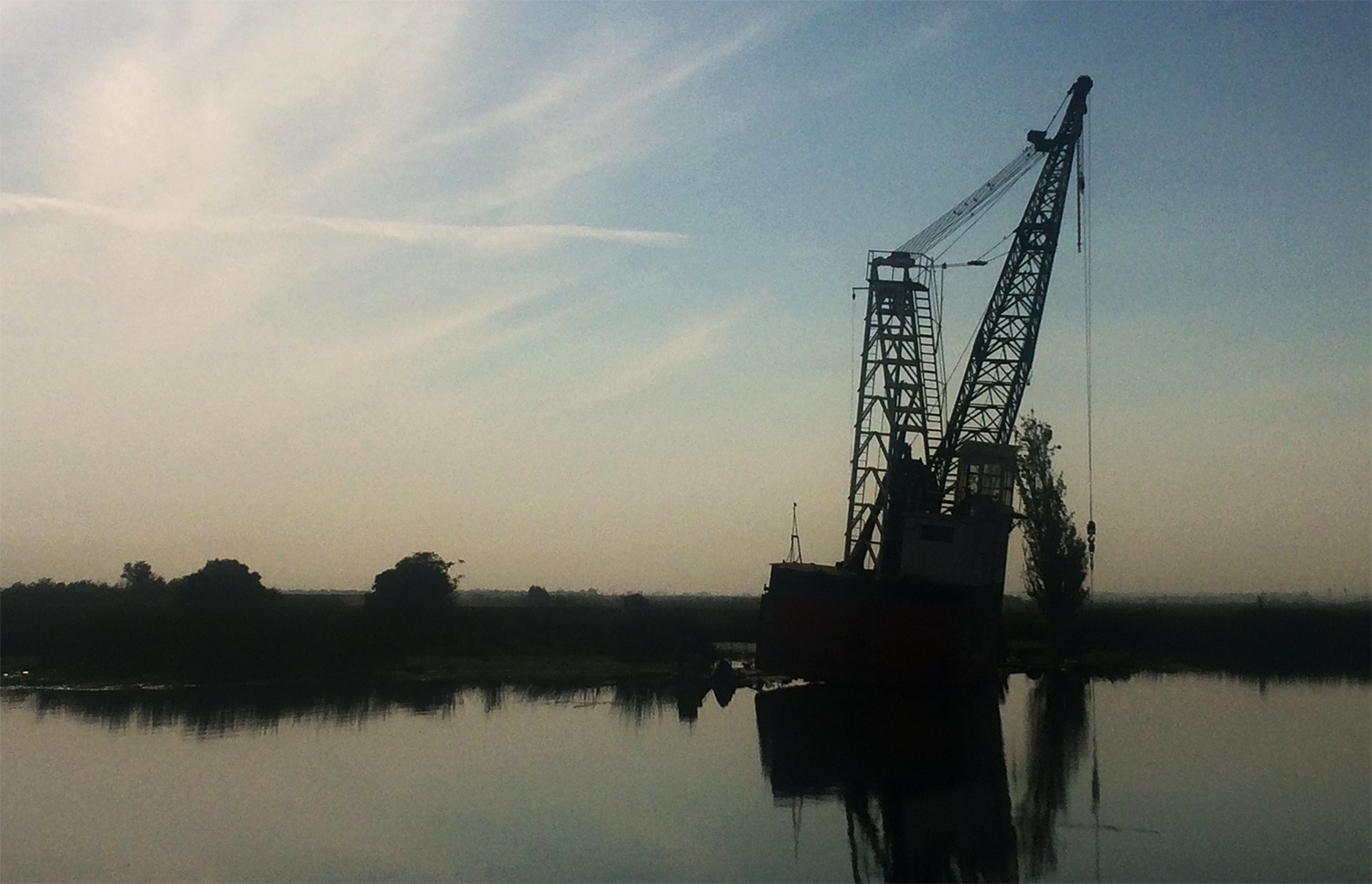 Living in the Vehicle

It can be challenging at times, she says. She homeschools her four girls so they’re home all the time.  But Michelle says “it’s just part of living in an RV.”

Plus, the family is saving money.

“It is cheaper to live at Park Delta Bay and pay for the monthly rent of the site versus living in a house… we pay on average $1,000 to $1,500 less a month for all expenses.”

Michelle and her family were paying $1,800 for the mortgage on top of other bills before living in the RV.

“We save so much money by not having the mortgage — it’s fantastic,” says Michelle laughing.

Michelle’s daughter sits outside on a green folding-camping chair and says that she enjoys living there, but it did come at a price.

“[It’s] really sad because it’s like a jail without kids here. It’s really hard without kids,” says her daughter who just turned nine.

But, says Michelle, her daughter makes friends with everybody, even some of the older women who live nearby.  “I mean, that’s part of being homeschooled is they make friends with whoever, wherever.”

One of the neighbors even baked a cake in celebration of the daughter’s birthday.

While the family has been making the best of the living situation, Michelle says with six family members, two dogs, a cat, and homeschooling in the RV, the family has had enough. They’ve bought a home, but they won’t move anytime soon.