Housing assistance still has a long way to go

One young person’s journey out of homelessness
By Hilda Flores

Eroz Burse walks an hour in the mid-afternoon sun to his single-room apartment in downtown Sacramento. This is his long-time daily routine that started when he became homeless.

Now that he’s found housing, the foot-commute continues, as he makes his way to a home paid for in part through the federal Shelter Plus Care program. The Department of Housing and Urban Development funds Shelter Plus Care to assist people facing homelessness and chronic health problems.

In Burse’s opinion, the program has fallen short of its aim. The Sacramento State student says his transition from couchsurfing to his own apartment has been a struggle. Burse got his housing certificate in September 2016, but it took six months to get into a home.

“It only became a nightmare when I actually got the voucher and there was not one single apartment available, and it was also getting colder outside,” Burse says. “I thought it would be a relief at first.”

His situation is familiar to many living in the Sacramento area.

“It is very hard to find housing, especially in this tight rental market,” says Sarah Thomas, assistant director of Sacramento Housing and Redevelopment Agency. “That is a challenge that is faced by many, not just those in the Shelter Plus Care program.”

Other programs that help people move from homelessness to housing are hard to come by. Waitlists for Housing Choice Vouchers (also known as Section 8) and similar programs are estimated to top 70,000 people in Sacramento County.

People who are eligible for Shelter Plus Care don’t have that particular hurdle, because they’re referred by their social worker. Still, it’s not easy to qualify. And even for those who do qualify, then the challenge is finding a place that will rent to a person on the program.

“You have landlords who aren’t willing to accept these vouchers, mostly because they could get more money in a quicker amount of time with market rate rents,” says Darryl Rutherford, executive director of the Sacramento Housing Alliance.

Darryl Rutherford discusses the difficulty of using vouchers for renters

Listen to "Housing assistance still has a long way to go"

by Hilda Flores | Next Generation Radio

“A lot of the things I was getting from the people who live there, and online, is that it was cockroach infested, bed bug infested… If you’re living outside and you’re homeless, that’s what you deal with, but if your living indoors that’s something that you shouldn’t have to deal with.” 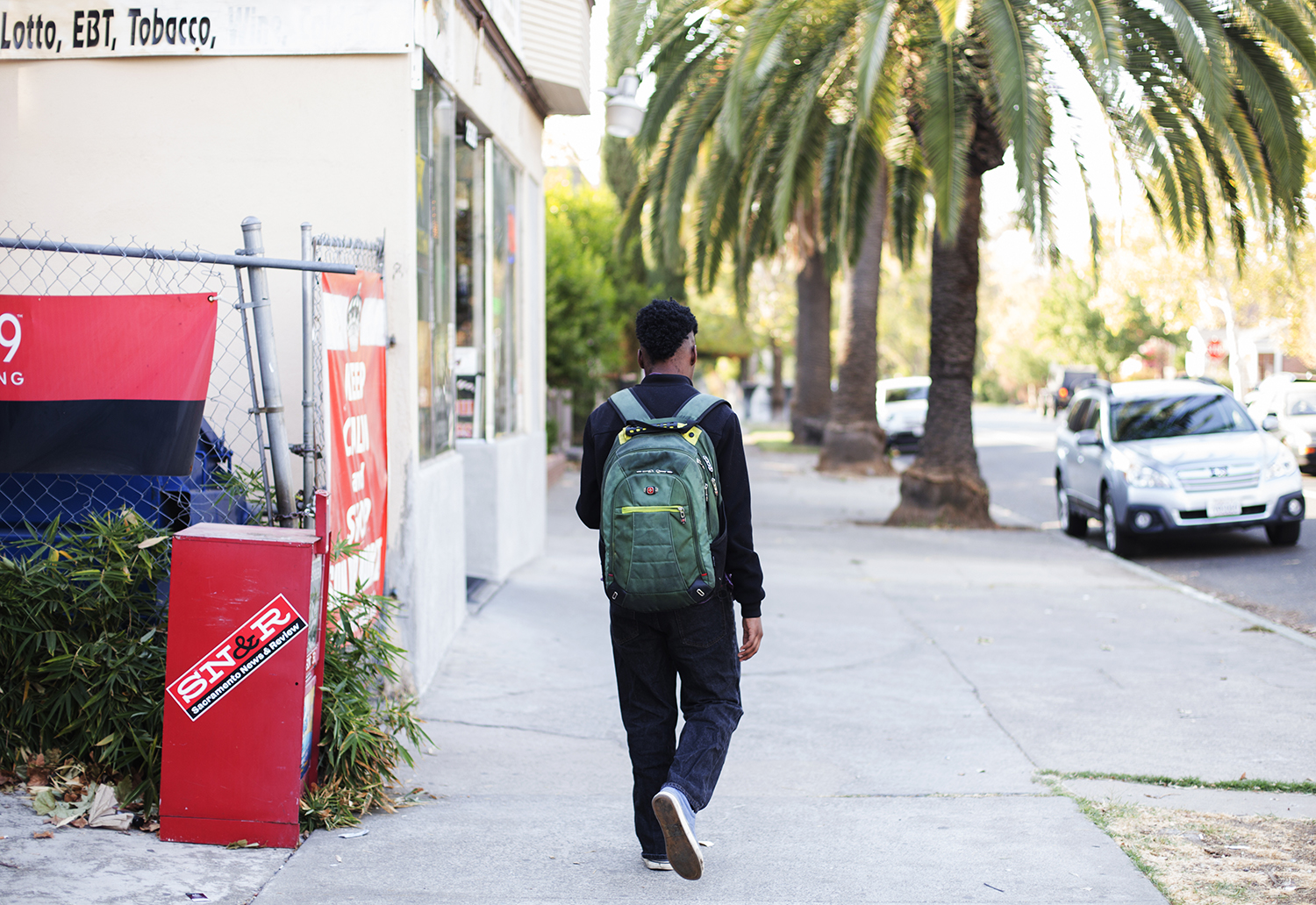 Eroz walks an hour to and from work every day. (Hilda Flores/Next Generation Radio)

The challenges continue even after getting help paying rent and finding a landlord who will take Shelter Plus Care.

After Burse’s wait to find a home, he wasn’t happy with the apartment that he found.

“When I very first found out that there was a unit available, I was actually disappointed,” Burse says.

Burse lives in a Single Room Occupancy unit (SRO). The small units, many in converted hotels, are a low-cost option for those transitioning from the streets to a stable home.

“Some of the problem you have with some of the SROs that currently exist is that they haven’t been maintained over the years,” Rutherford says. “Some of them are pretty substandard.”

“A lot of the things I was getting from the people who live there, and online, is that it was cockroach infested, bed bug infested,” Burse says. “If you’re living outside and you’re homeless, that’s what you deal with, but if your living indoors that’s something that you shouldn’t have to deal with.”

The “Plus Care” portion of the HUD program Burse uses aims to provide services for chronic mental and physical disabilities without prioritizing any specific disability.

“They are getting assistance as well to be stably housed, become self sufficient over time, address daily living activities, and increase daily income,” says Thomas.

Burse finds the supportive services he received by the program inadequate.

“The Shelter Plus Care Voucher hasn’t necessarily helped me in the ‘Plus Care’ aspect and getting the services I need. They really haven’t really advocated for me to have better mental health in any way,” Burse says.

Although life hasn’t been easy for Burse, he is hopeful for his next steps.

“My goal is to not have to use a voucher,” he says. “I’ve been looking into buying a modular home.”

Burse believes this lower cost option will be within his reach as he continues to work and save.