From High School To A Homeless Shelter

With housing nearly impossible to find, many Millennials are staying with their parents. But those without stable homes have nowhere to go. Natasha Matú and Colin Ray Jackson share their experiences with homelessness.| By Isabella Lord

Many parents are willing to take in their children, no matter their age, but there are thousands of Millennials who are estranged from their family and don’t have a choice.

So what happens to them? They end up on the streets. 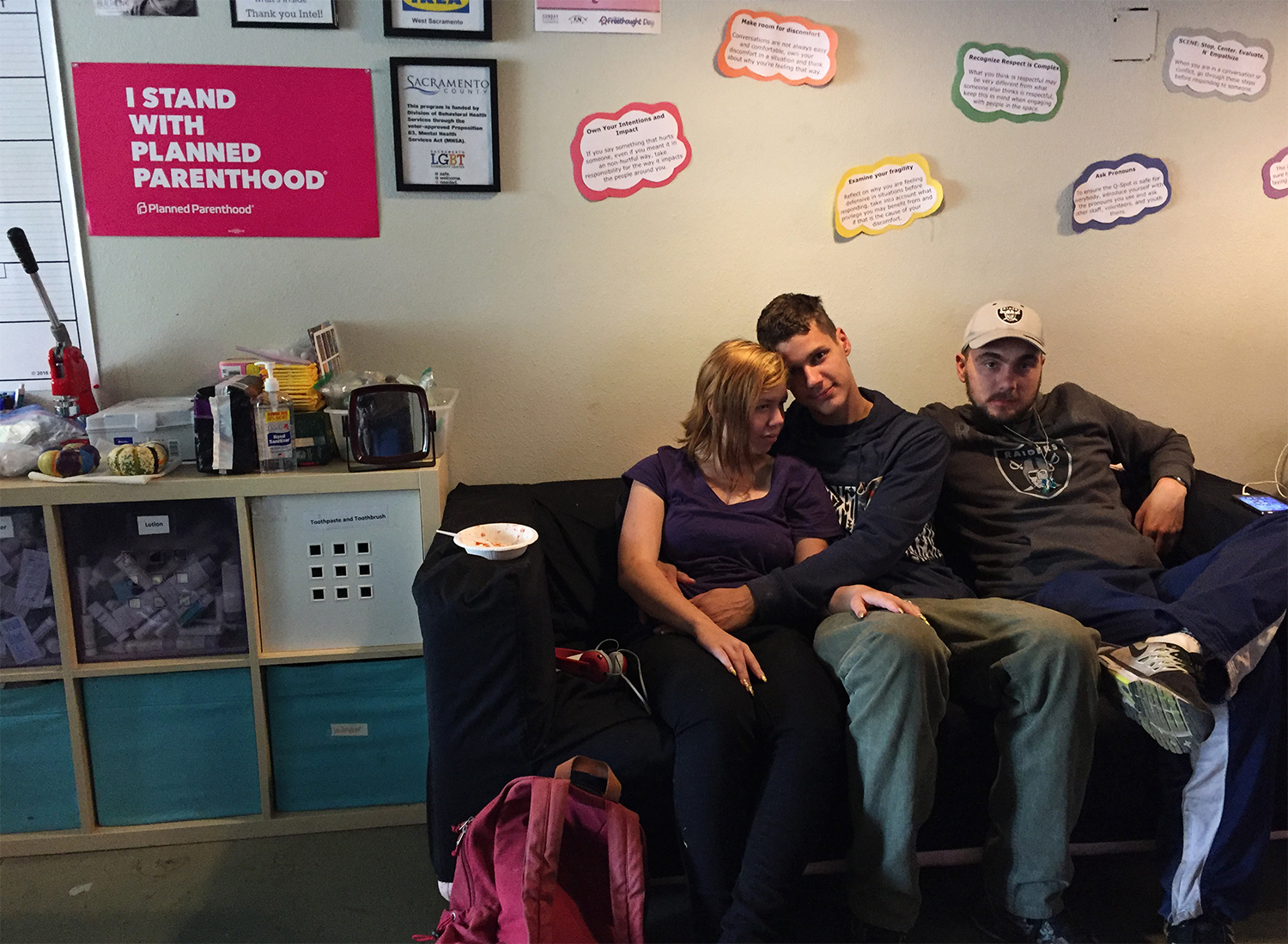 Colin Ray Jackson was kicked out by his family after he told them he was bisexual. He has been homeless for almost 4 years. He graduated high school with a 4.0 and studies Criminology at Sac City College. He spends the night in a tent at his homeless friend’s camp near the river. He says he has been nearly beaten to death because of his sexual orientation.

“Homophobia is a legit thing,” he says, “I’ve been assaulted five times for who I am.” He finds safety during the day at the LGBT Center in Sacramento, and spends some nights at St. Paul’s church.

Without parental support, the affects of the housing crisis are intense on young people like Colin. Sacramento is experiencing the highest rent increases in the nation, while 96.4 percent of Sacramento apartments are occupied. This competitive environment makes for more people on the streets. In 2015, Sacramento had the highest number of homeless people ever recorded. Though the amount of of homeless youth in Sacramento decreased by 3% since then, people in their 20s now account for 25% of the overall homeless population.

Natasha Matú  was born in an abusive home, to parents who both used meth. She went with her mother and siblings from abandoned buildings to parks and alleyways, until she was legally separated from her mother.

Natasha and her mother were reunited in 2009 after her mother became sober thanks to the St. John’s Program for Real Change in Sacramento, a home for women and children. “Watching my mom get her life together it was my own kinda awakening almost,” says Natasha. “In the years that my mother wasn’t in my life, I was just walking through life without any kind of feeling. I just felt like nothingness.”

Eventually, they were living on their own in Sacramento, but Natasha began her own addiction at the age of 16 due to her trauma. This led to her being on the streets again.

Natasha eventually went back to St. John’s, where she lives now. She is currently looking for permanent housing, but admits she may have to leave Sacramento due to the housing shortage.

People like Natasha and Colin have places to go for now, but eventually, they both want to finish school and settle down somewhere. They eventually want to start families of their own, but they don’t have anyone to help them find a place in the most competitive market California has ever seen. The median home value in Sacramento has risen sharply by 10.8% over the past year.  Zillow predicts it will rise 4.6% during 2018. Going through life without familial support is unimaginably difficult, but in the midst of this housing crisis, it’s even harder.

by Isabella Lord | Next Generation Radio

“My dad cried for about three hours. My mom blamed him. I said ‘I’m making the decision to be bisexual.’ They said, ‘You need to go.'” 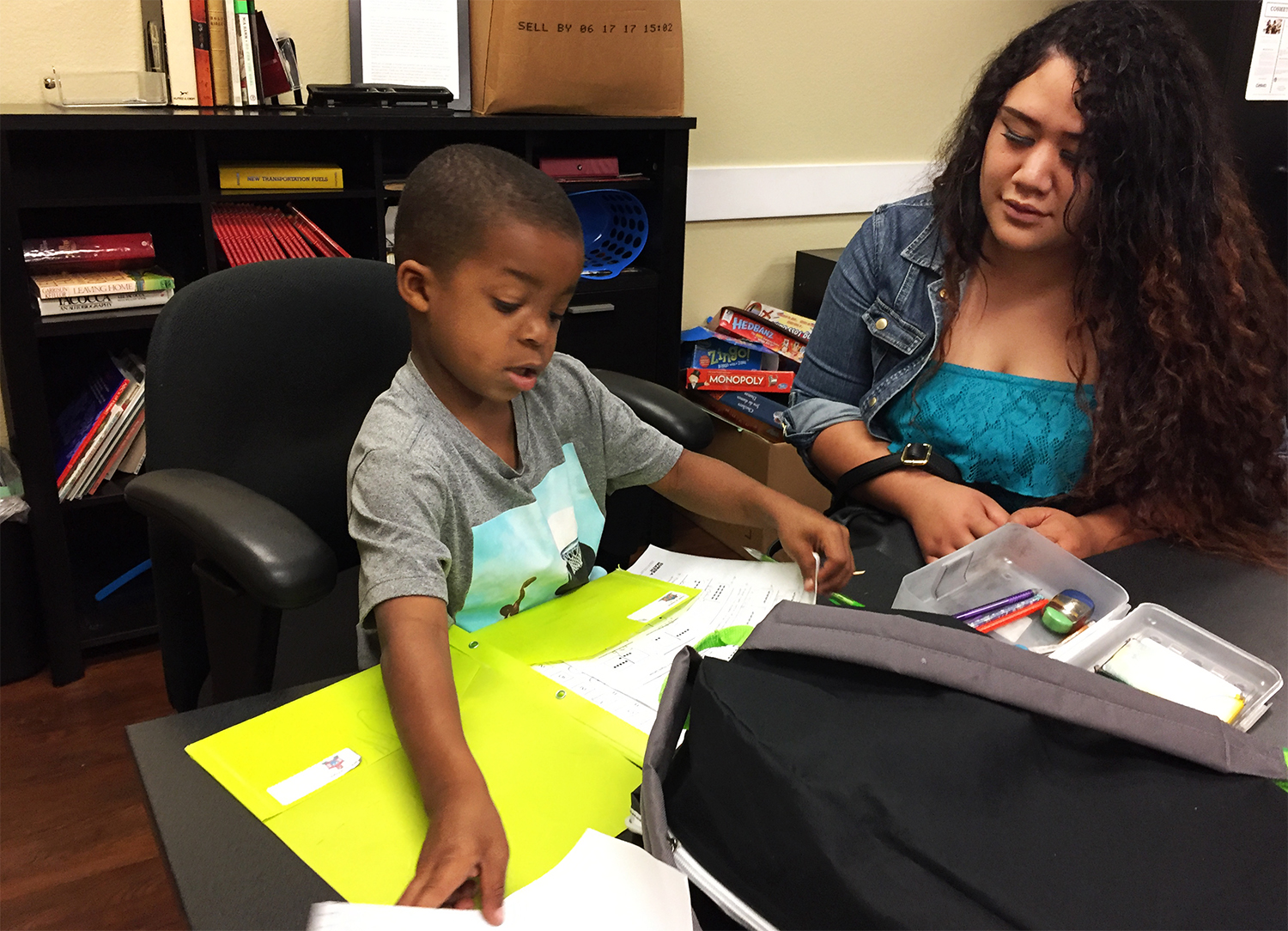